In the early Summer of 2006 we visited southern Florida and its three national parks: Everglades, Biscayne and Dry Tortugas.

Everglades offers an abundance of wildlife, the most famous of which is the American Alligator, but there are also a lot of other birds, reptiles and mammals. 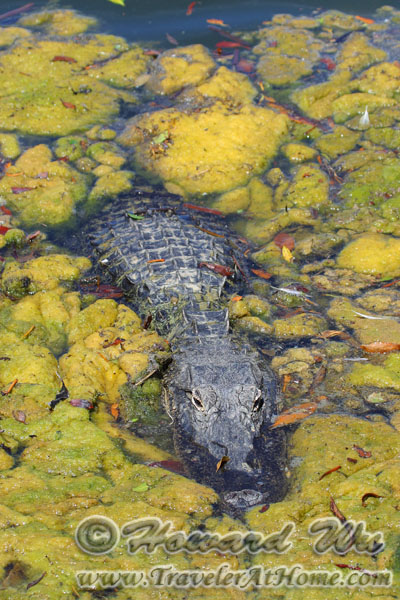 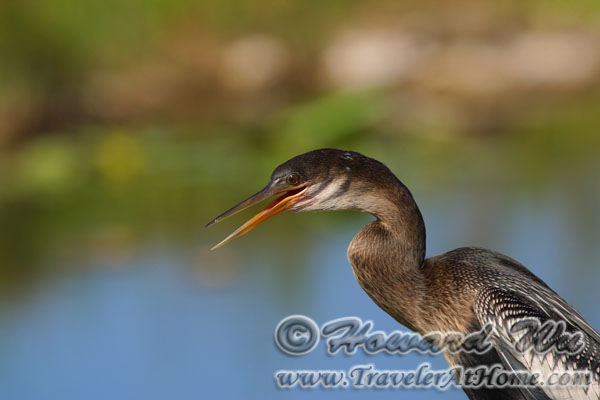 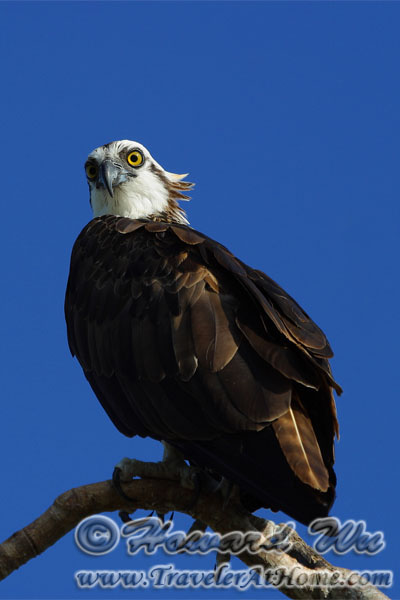 And the endangered Wood Stork: 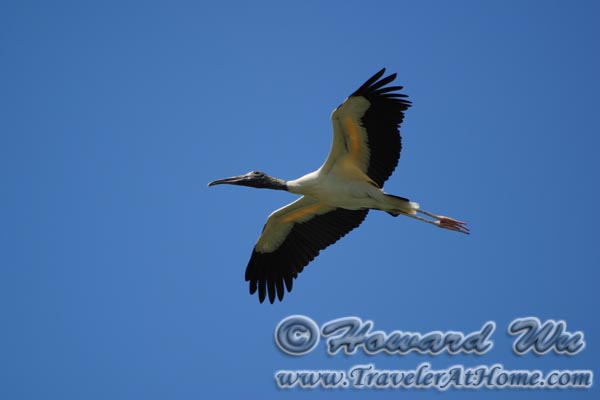 Biscayne, on the other hand, is mostly under water, so its treasures are not easy to explore: 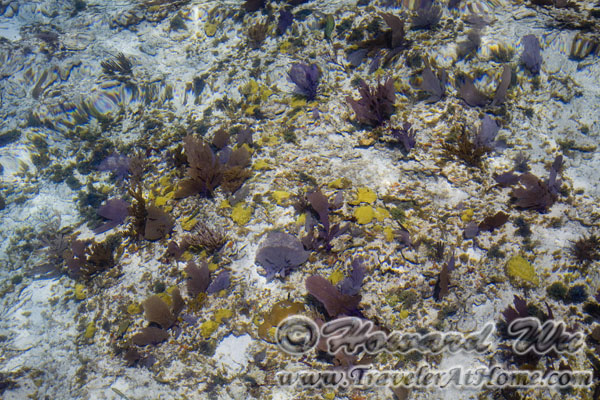 Soft Coral on the ocean floor in Biscayne National Park

Of course, like everyone else, we took the ride through the Florida Keys to Key West. We made many stops, but Bahia Honda Key is the best. 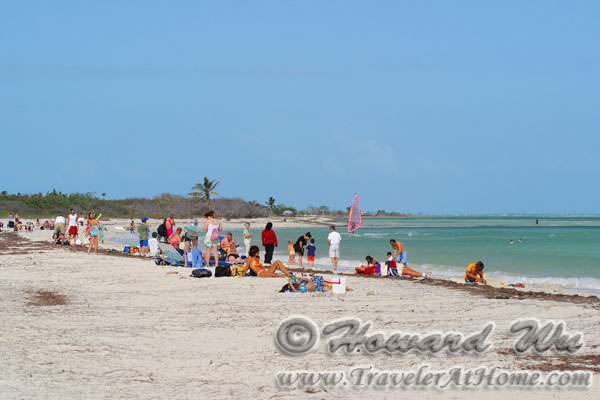 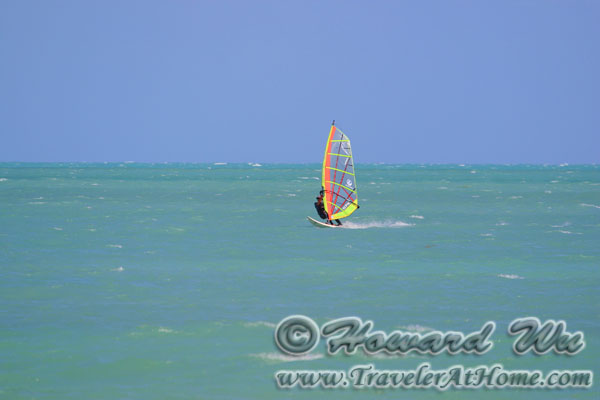 The diminutive Key Deer is a unique species at Big Pine Key: 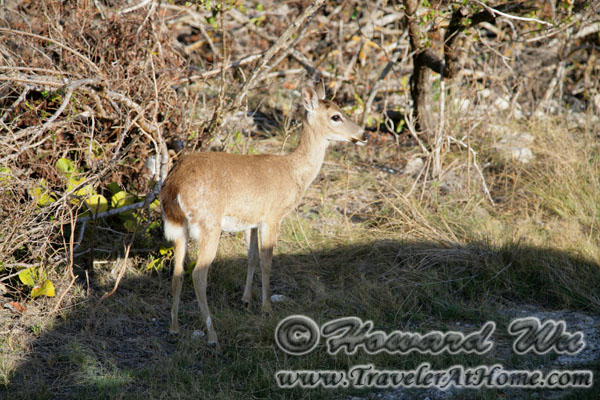 We reached the “southern most point of continental USA” in Key West, where tourists flock to take pictures. 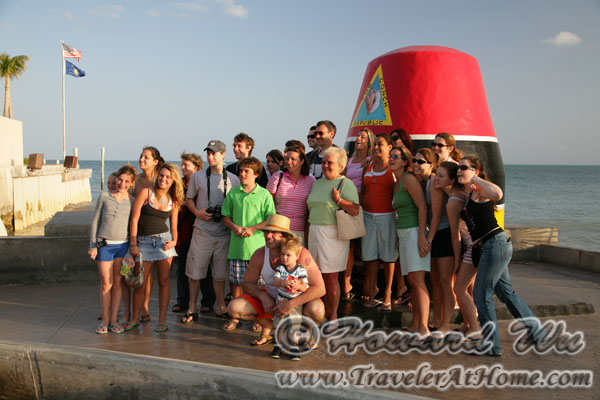 The sunset at Key West is a spectacular scene.

But our trip did not actually stop there! We took a boat ride to Dry Tortugas National Park, an island 70 miles (113 km) west of Key West. 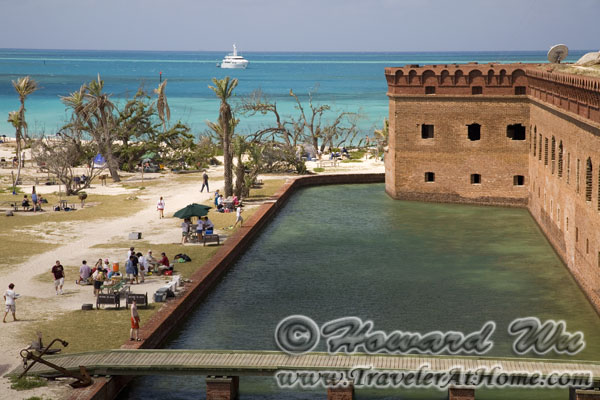 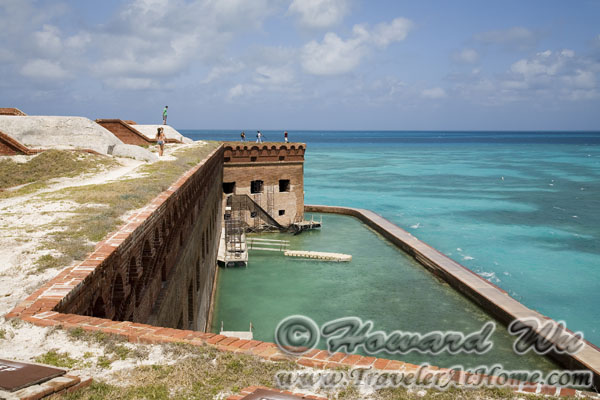 Bush Key is where the sooty terns are nesting and was closed to tourists, we could only admire it from across the turquoise water. 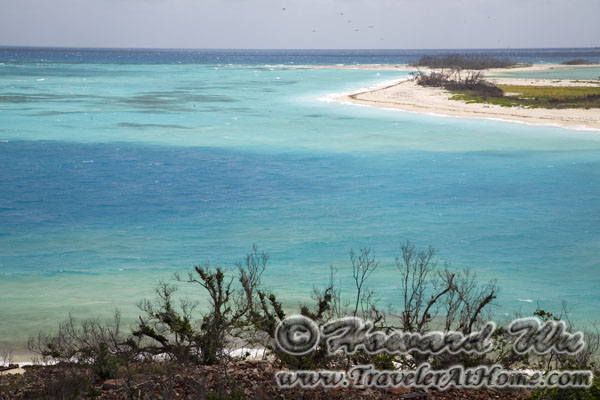 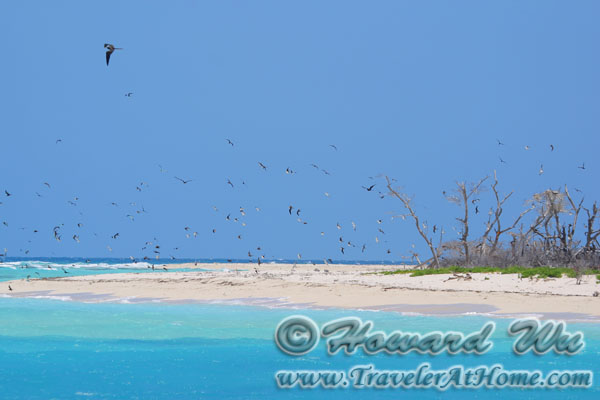 Return to Travel Index Return to my home page

This entry was posted in Travel. Bookmark the permalink.