Driving distance for the day: 0 Miles

The 13th day of our trip brought up abundant luck, because we would go to Bonaventure Island.

A short boat ride brought up close to Perce Rock (the boat would circle the rock one round) and on to Bonaventure Island (the boat would also circle the island once). Near the natural arch of the rock, some local fishermen were riding a lobster boat to collect this day’s bounty. 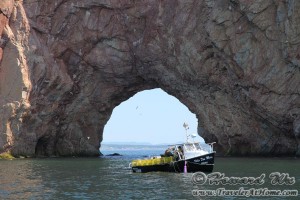 And through the arch, we looked back on the Gaspe Peninsular. 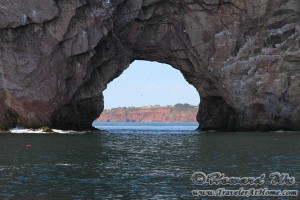 Bonaventure Island is best known for its Northern Gannet colony. At this season, they just started breeding. There were at least 100,000 of them, and up close, their noise is deafening. 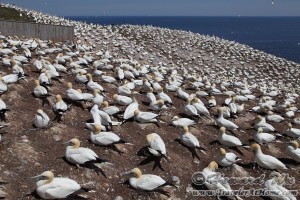 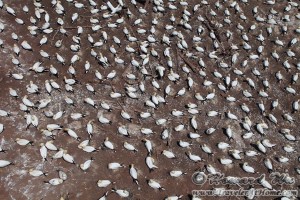 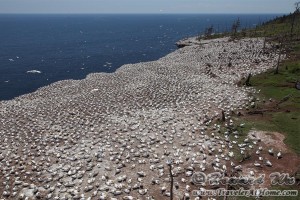 The Northern Gannet is really a magnificent bird. Adult birds have snow white plumage with black wingtips, a creamy yellow crown and neck, topaz-blue eyes and a clearly delineated face. 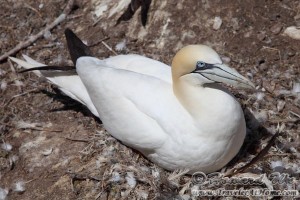 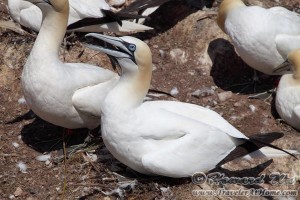 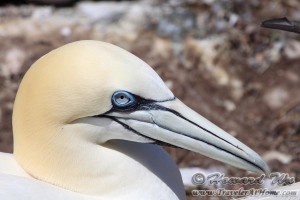 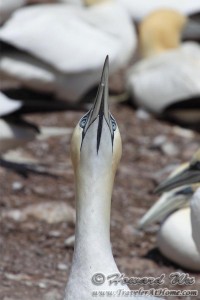 I even managed to get some gannet-in-flight shots. 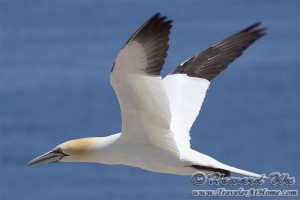 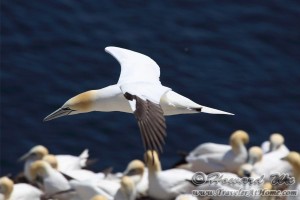 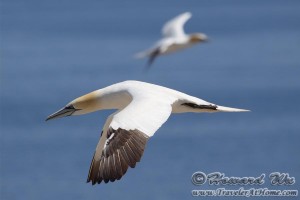 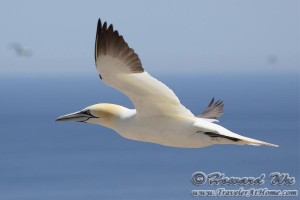 But gannets were not the only birds on the island, black guillemots and common murres were also numerous (though not as numerous as the gannets). 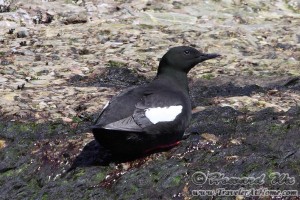 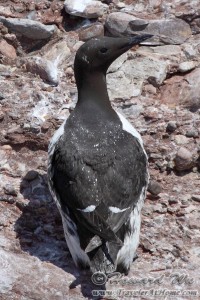 And the scenery itself is also superlative, as can be seen in the picture below taken at Sandy Beach. 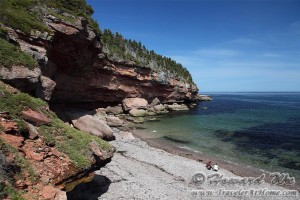