Driving distance for the day: 310.7 Miles

This would be our last day in Perce, and it was a reluctant departure. In the morning I walked from our motel to the pier again. The coast of the Gaspe Peninsular was glorious in the morning sun.

So was Mount Saint Anne. 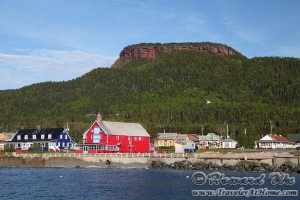 As usual, many birds were about on the water and in the air, such as these Harlequin Ducks. 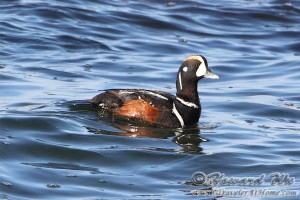 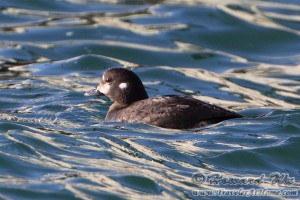 And these Black-legged Kittiwakes. 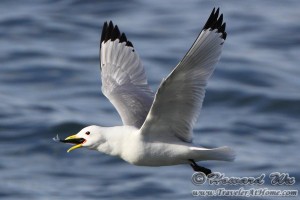 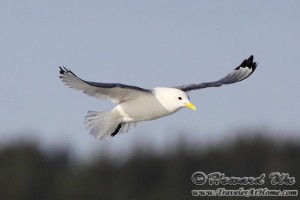 I even managed to capture a few Northern Gannets diving for fish. 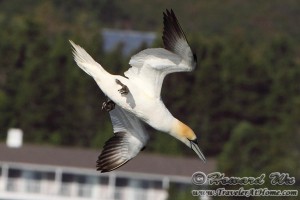 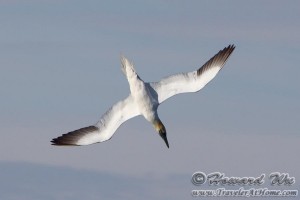 But eventually the time came when we had to leave. At this point, we only had two more destinations on our itinerary: Quebec City and Montreal, so we wanted to make some headway toward that direction. But before we did that, we made one last stop at Forillon National Park and took a short hike to La Chute (The Waterfall). 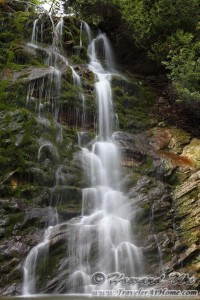 And it was just well — after that it got foggy and rainy again. We drove along the St. Lawrence coast until we reached Rimouski.